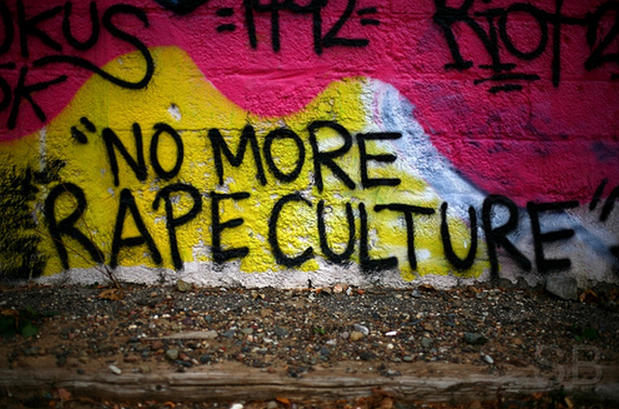 Indonesia, You Have a Rape Culture Problem. Stop Pretending that You Don’t.

Last month, a young girl named Yuyun was gang raped by 14 teenage boys in Bengkulu and was murdered subsequently. She was only 14 years old. A young girl, with so much dreams and hope for the future, is now just a memory to her family.
Just let that sink in for a moment.
What kind of sick bastards would do this?
This story was only picked up recently, when women rights and feminist groups initiated the hashtag #NyalaUntukYuyun (Light Up for Yuyun) which has gained traction on Twitter, raising awareness on sexual assaults affecting women in the country.
Anger, grief, outrage, all were expressed across the nation. Many Indonesians condemned this despicable, reprehensible incident, which sadly isn’t the only one. The expected outcome of the momentum is for legal reforms to be made, one of which I hope will pass. The bill I’m referring to intends to give a maximum prison sentence of 15 years to sex offenders and will try to provide better protection for rape survivors. (You can support the bill by signing the petition here, urging the government to speed up its review). I am of the firm belief that rape and sex offenses should be the full responsibility of the offender and there shouldn’t be leniency or mitigating factors given to them.
Of course, not everyone agrees with me. Fahira Idris, a right-wing MP, has called for a tighter regulation on alcohol, proposing to even ban it, as she believes that it is the source of the evils in our society. While I agree that alcohol does impact one’s sound mind and judgment and I do think it shouldn’t be accessible to everyone — rape and sexual assault isn’t just because of alcohol. To blame it on alcohol is to detract the perpetrator’s responsibility from their actions. And that epitomizes the flawed system we have which propagates a rape culture.
Before that, what is rape culture? The editors of Transforming a Rape Culture define it as “a complex of beliefs that encourage male sexual aggression and supports violence against women [and girls], a society where violence is seen as sexy and sexuality as violent, and a continuum of threatened violence that ranges from sexual remarks to sexual touching to rape itself. A rape culture condones physical and emotional terrorism against women [and girls] and presents it as the norm.”
What would such a “complex of beliefs” look like? In her response to conservative Caroline Kitchens’s article, political analyst Zerlina Maxwell lists examples of rape myths that contribute to rape culture. These include beliefs such as: “Only ‘bad’ women get raped.”; “Rape is about sex.”; “Women incite men to rape.”; “Rape only happens to young attractive women.”; “Women secretly enjoy being raped.”
How does Indonesia have a rape culture problem, then?
Firstly, our education system is fucked up, okay? There is literally no sex education in our curriculum. I only had them because I had the privilege of studying the US for 2 years and they taught us sex ed at freaking 4th grade. Just to be clear, the sex ed that I meant is a designated class that discusses sex as an activity and its multiple facets — from health, psychology, social impact, etc — NOT just a simple biology lesson on “oh look, here’s a penis and here’s a vagina, this is their anatomy, voila, sex ed!”. Here, girls are constantly preached to maintain their virginity or no men would want to marry them. No one ever taught boys not to rape. It’s probably considered common sense, but no one explicitly said it to boys and that’s not good. We need an honest open discussion about consent, and sex ed is the only platform that can reach everyone.
Funnily enough, when sexual crimes occur, especially those committed by minors, Indonesian ‘psychologists’ and politicians gleefully jump on the blame game bandwagon: it’s either because of alcohol, pornography, too much internet freedom, excessive display of aurat, ‘too liberal’ peer groups, and the list goes on. Why not blame it on lack of sex ed? Because it’s easier to blame it on something else external, rather than to admit that we’ve done a mistake in not properly educating our youth.
Secondly, our patriarchal cultures make things worse. Girls are told to cover up, wear ‘modest’ clothes, so not to attract unwanted attention. I’ve seen mothers who shame their daughters for wearing a skirt that’s too short. What makes it so horrible is that it implies, “make sure you rape the other girl”. This constant narrative perpetuates a culture of victim blaming, which is an integral part of rape culture.

But no one ever taught boys to not do catcalls. In fact, our people prides on it. Most believe catcalls should be taken as a compliment to the women, and they should be flattered. What’s deeply worrying about catcalling is that the catcaller does know that their target isn’t going to suddenly fall in their arms, pleading ‘oh lord please have sex with me now!’. Most of the time, they know that and they don’t do it for that. Guys who shouts ‘nice tits!’ or ‘mbak, seksi koq cemberut, senyum dong!’ (‘hey, sexy girls don’t frown, smile!’) isn’t trying to date you. They’re trying to humiliate you, position their dominance over you. It’s an exercise of male power, a way of communicating: ‘I can say and do whatever I want to you, no matter how inappropriate or how uncomfortable it makes you feel, and guess what? You can’t do anything about it.’ Catcalling is not a compliment, it’s psychological intimidation.
But whenever sexual crimes occur, it’s the blame game again: what were you wearing? were you flirty? why were you out so late? why were you walking alone? Why not blame it on the men? Because it’s simply more convenient and more culturally acceptable to blame the women.
Thirdly, our law enforcement sucks like hell. Our law system requires that if you want to press charges, you would need physical evidence and at least 2 witnesses. The Indonesian penal code does not recognize marital rape, it was only integrated later in the Domestic Violence Act. It also only considers vaginal penetration as rape, so if someone were to coerce one into anal sex or oral sex, that would not count as rape, only as sexual abuse (the difference of terminology actually matters to how the court and law perceives the severity of the act). The worst part: women can only prove her lack of consent if, and only if, there were physical proof of violence or threats of violence to her — this means her saying “no” or her absence of a “yes” isn’t enough to prove lack of consent. This high bar disincentivizes rape survivors even more to come forward. Even when these cases do get reported, only a few makes it to court, because Indonesian law enforcement typically requests the complainant to “menempuh jalan damai dulu” or settle the dispute peacefully first, which is just emotionally torturous.
This issue is very personal to me. I was sexually assaulted when I was 6. I’ve never talked about it to anyone. It was traumatizing to see my assailant during family events, living his life like nothing happened.
I was just a kid then. Who was I going to tell? What even can I do? Who would believe me?
I am lucky because I have found strength in those around me. Unfortunately, not everyone has the luxury of a support structure. So as much as I would love to see the bill on stricter punishment be passed, I also want reforms on other aspects, because rape culture is clearly not a uni-dimensional problem and I hope everyone else agrees too.
Source: medium.com 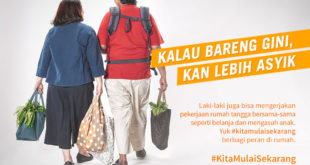