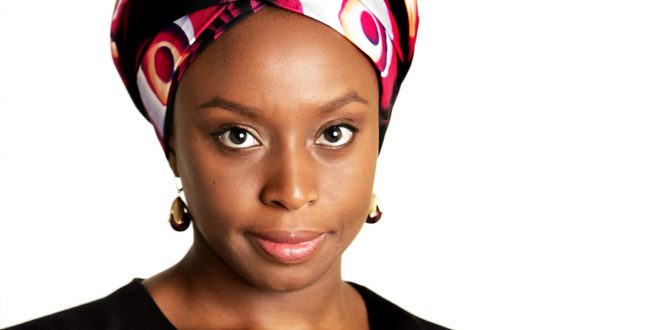 The complete Chimamanda guide to raising a feminist child

The present reality for women is one in which they are treated as sub humans, less than, not enough. It is evident in politics, music and film. If we are to change this, we must raise a new generation of feminists, who believe in the equality of the sexes.
Chimamanda Ngozi Adichie, author and feminist has just published a 15 step guide in the form of a letter, on how to raise a feminist child. The 9,000-word Facebook post was addressed to Ijeawele, a friend who has birthed a daughter named Chizalum Adaora.
Chimamanda is a power house in the fight for women rights. Her TEDxEuston talk turned book We Should All Be Feminists was featured in Beyonce’s Flawless, and served as inspiration for new Dior designer, Maria Grazia Chiuri.
It is a particularly difficult time to identify as female. In Nigeria, there is a president who believes his wife belongs in the kitchen. In America, the republican candidate, Donald Trump brags about his predatory behavior and views towards women. While the world seems to be regressing,

Chimamanda’s message reminds women everywhere that they are full complete human beings, whole and capable of standing on their own. Not as daughters or mothers or sisters but as human beings.

“I matter. I matter equally. Not ‘if only.’ Not ‘as long as.’ I matter equally. Full stop.” reads Chimamanda’s letter.
Chimamanda’s message reminds women everywhere that they are full complete human beings. whole and capable of standing on their own. Not as daughters or mothers or sisters but as human beings.
Here’s an abridged version of the suggestions Chimamanda shared with her friend on raising a feminist child.

Isn’t this everything we wish our mothers had told us or done for us while growing up?

Relawan di Aliansi Laki-laki Baru
Previous As a Muslim man, I am Sick of Our Obsession with the Hijab
Next The Fight Against Victim Blaming