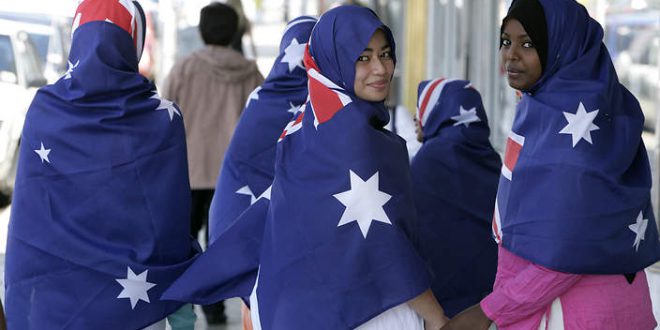 **FILE** A March 21, 2006 file photo of young muslim women modelling Australian flag hijabs as part of national Harmony Day, coinciding with the United Nations Interntional Day for Elimination of Racial Discrimination, in Melbourne. Brisbane radio presenter Michael Smith Thursday, Jan. 15, 2009, called for a ban on Islamic hijabs, saying that they posed a security risk because it obscured the face, making it difficult to identify the wearer in the instance of a crime. (AAP Image/Glenn Hunt, File) NO ARCHIVING 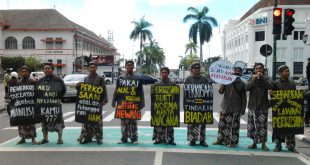 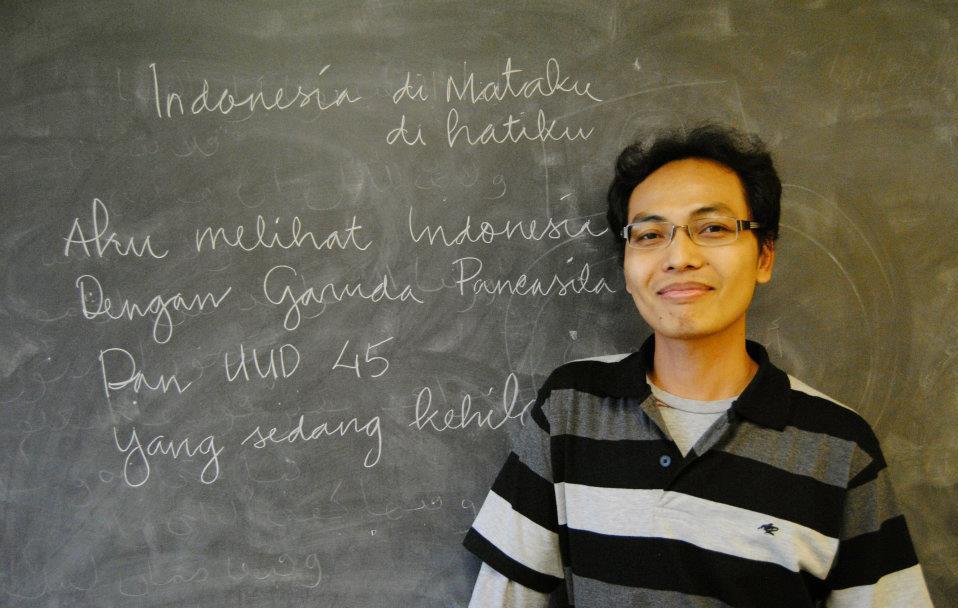 Islamic Fundamentalism and the Politics of Gender in Contemporary Indonesia

This paper considers the issue of masculinity among Muslims in Australia. It focuses on Muslim men’s efforts to negotiate and maintain what is arguably the core component of their gendered religious identity: their status as the leader of the family. I intend to raise a question that has been overlooked in the discussion of gender in Islam and Muslim identity, considering it in the Australian context. As men’s identity and masculinity in Islamic cultures has for long become an unquestioned norm, Muslims need to make efforts to demystify such normativity.

The importance of studies on Muslim masculinities particularly flows from possible tension that is exclusively encountered by Muslim men as a religious minority in Australia. Muslim men are traditionally expected to act as leaders of the family and are afforded an advantageous status that considerably constitutes their identity as men. Power and authority are repeatedly pointed to as the mainstream values of male identity in the Islamic family. While women’s behaviour in marital relationships has been taken as a crucial issue that generates a number of important doctrines, the exegetical texts on Islamic marriage entail a hierarchal marital relationship where a man is considered to be the “natural” leader of the family and is “entitled to the obedience and cooperation of his wife”. Shaikh, Stalinsky and Yehoshua demonstrate that some of the leading exegetical authorities (such as Al Zamakshari and Al Razi in the Medieval or Yusuf Qaradawi and Maududi in the modern age) among Islamic orthodoxy regard men’s authority over women in the family to be Godgranted for men. Such powerful exegeses support men’s advantageous position in the family and eventually produce a narrative that associates men’s identity with rationality, intellect, determination and spirituality.

However, such masculine privilege meets an enormous challenge from mainstream family practice in Australian where the idea of partnership is more acceptable. Family practices are exercised around values such as individual freedom, equality and secularity. Muslim men also encounter specific experiences of anti-Muslim sentiment. Hostility against Islam has particularly been addressed towards Muslim men. Western popular culture views Muslim men as modern demons because of the Western media depiction of terrorists. Their universal image comprises bearded, guntoting, bandanna-wearing men, in long robes or military fatigues used by some Islamists; their menace and aggression are symbolised in terrorists bearing associated names such as “Bin Laden” that represent a hypermasculine image of Islamism. A large portion of public discourse concerning the incompatibility of Muslim identity with Australian values is primarily targeted at men.9 Any criticism of Muslim women, particularly their veil and supposed seclusion from public for example, is a particular attack on their presumed totalitarian husbands.10 This paper examines issues and challenges faced by Muslim men in their practice as husbands and how they negotiate their identity as the leader of the family in their position as a minority in Australia.

PhD candidate at Monash University. He worked with Rifka Annisa in 2009 and 2010.
Previous A Study of Men’s Movement to End Violence Against Women in Indonesia
Next All He Ever Really Wanted